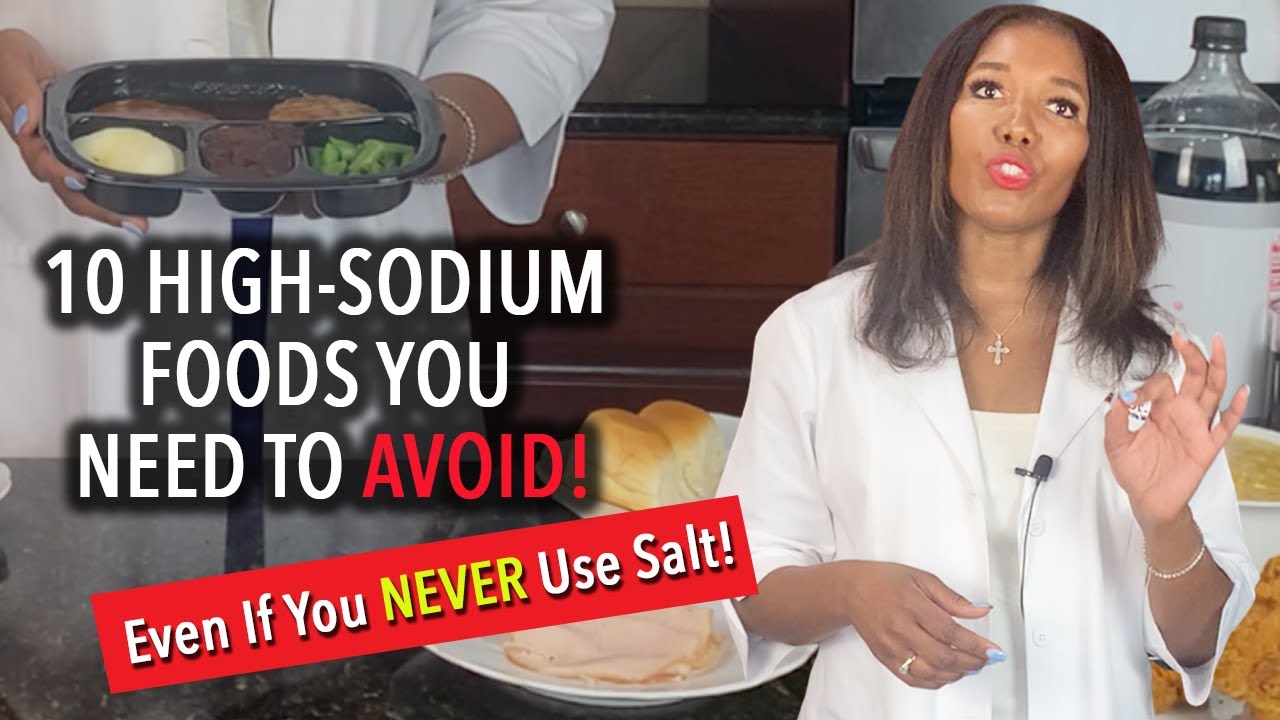 Today we're going to talk about controlling high blood pressure and 10 high sodium foods to avoid. Now, when I ask most of my patients if they have a high salt diet, they usually say, "No, I hardly ever add salt to my food." But what most people don't know is that most of the salt that we eat comes from pre-packaged foods and from restaurants.  So you literally can have a high salt diet even if you never even pick up a salt shaker. Now we know that high blood pressure is a leading cause of heart disease, strokes, and other diseases, and a high sodium diet is a high-risk factor for having hypertension.

High blood pressure is indeed a leading cause of heart disease and strokes. It is also the second most common cause of kidney failure. Yes, for many people who are on dialysis, it's all because of high blood pressure. And we absolutely know that having a high sodium diet, or a high salt diet is a leading risk factor for hypertension. So what does that mean?

Hypertension in many ways is preventable. So we are going to talk about high sodium, but in order to know what in the world is high sodium, you first need to know the recommendations. The daily recommendation for how much salt you should intake varies from organization to organization, but all organizations agree that, at very least, you should be taking in less than 2,300 milligrams of sodium, or less than 2.3 grams of sodium per day. 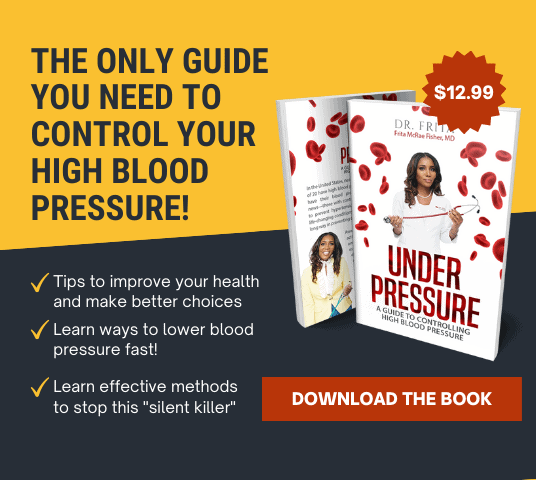 Benefits of a Low Sodium Diet

Also if you have a low salt diet, and you take your blood pressure medicines, it will really improve the effects. So there are all kinds of advantages to having a low salt diet.

So then you might be saying, well, you know what, I don't use regular salt. I use sea salt. Well, guess what? Sea salt still has sodium in it. In 1/4 of a teaspoon of sea salt, sea salt, there are 530 milligrams of sodium. So then in a full teaspoon, there are 2,120 milligrams of sodium, which, again, already exceeds the daily recommendation. So this should start to give you an idea of how much salt you might be taking in even if you don't add a whole lot of salt to your food.

Bottom line, for any type of salt, whether it's table salt,  sea salt, or pink Himalayan, salt,  if you do one full teaspoon, you've already exceeded your daily recommendation of sodium, which can increase your chances of having hypertension. 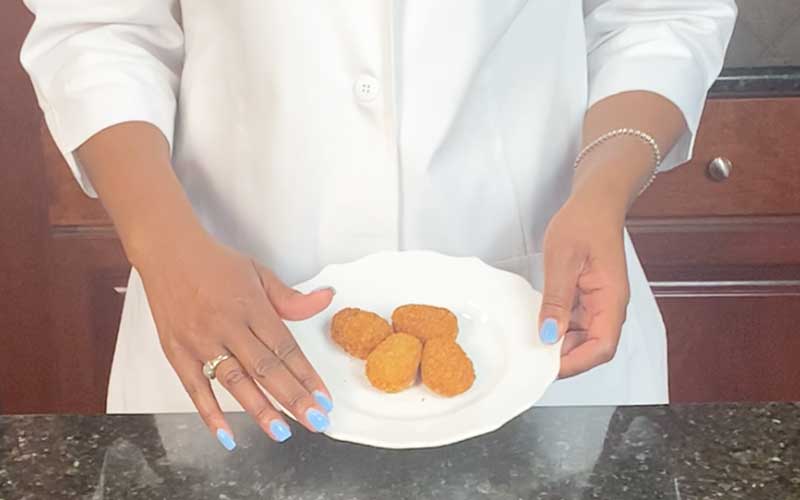 Now let's talk about some of the lean or lighter TV dinners. You might decide that you want to have a low-calorie meal. And so you have something you want to throw in the microwave that's not gonna be too many calories. So let's take spaghetti as an example. This is something that is packaged as a low-calorie meal, something that will help you to maintain your weight, or help you to lose weight. And it's only 310 calories for this serving, not bad.

But guess how much sodium is in it? 750 milligrams of sodium! So, again, even when you're making healthy choices, and you're trying to do vegan things, or you're trying to do low-calorie meals, remember there's still sodium. So just make sure you watch your labels.

Ketchup. who doesn't love ketchup? I know I love ketchup. You put ketchup on some of everything, your French fries. You put it on your burgers or chicken sandwiches. Well, I don't put it on my chicken sandwiches, but, bottom line, people put ketchup on a lot of things. You don't even really pay attention. You just squirt the ketchup and you don't worry about it. Well, guess what? One tablespoon of ketchup has 197 milligrams of sodium. And a lot of you do not count how many tablespoons you're squirting. So again, beware. These are some high sodium foods that you may want to avoid.

Now, we don't live life in a black and white situation where everything is all or none or in a vacuum. So when I say avoid, I mean, just make sure you have your moderation, and you avoid excessively eating high sodium foods.

All right, let's keep going. Ooh, I'm having fun. Let's look at turkey. A lot of people will have turkey on their salad, or they'll have a turkey sandwich, and that will be your choice for something healthy. But you have to remember that when you are dealing with pre-packaged turkey, a lot of times these deli meats are high in sodium. So a serving of deli turkey, and by this, remember, I mean something that is pre-packaged and sealed, but a serving is considered to be two ounces.

The point is, make sure you keep watching the labels, because even something that may seem like a pretty healthy choice, deli turkey if it's pre-packaged turkey, it could be a high sodium item that you want to avoid. 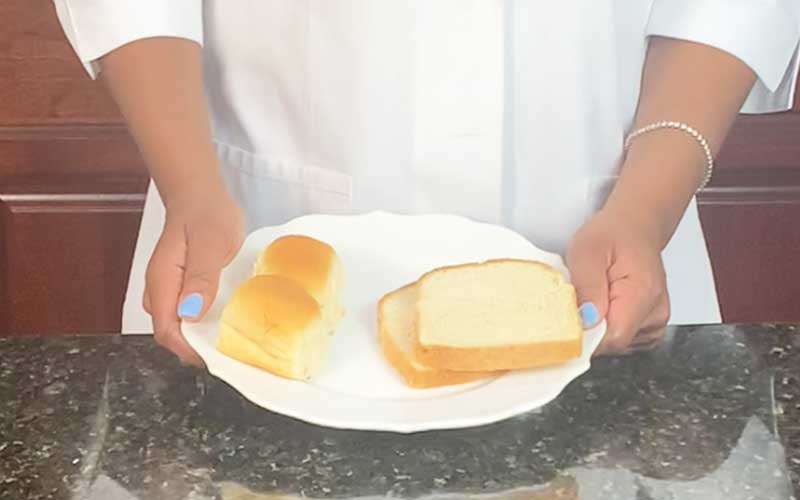 You know you love bread. And bread is not something you really think of as being super high in sodium, is it? If you like those little rolls, then two of these rolls will be 160 milligrams of sodium. And then how about bread? If you have two slices of bread, now you're talking 180 milligrams of sodium. And a lot of us like to go back and get another sandwich. So you just have to keep multiplying. Again, make sure you look at the labels, and when you're eating bread, just calculate it and know how much sodium is in it.

Ooh, I almost don't want to talk about this dinner, but you know that a lot of times for convenience, especially if you have kids or a lot of hungry people in your home, you might want to take the route of things that are a little less expensive and buy TV dinners. And you think, ah, we'll just throw a TV dinner in the oven or microwave, and it's not that big of a deal.

Well, let me tell you right now, these TV dinners, these frozen, pre-packaged TV dinners are absolutely loaded with sodium! Now, here we have a TV dinner. We have our beef, mashed potatoes, and green beans. Well, that's healthy, right? We have green beans. And let's not forget the chocolate dessert. The portion is not huge, but it's quite filling. So you might grab this and throw this in the microwave and give it to your kid. And you're just like, "Ugh, just eat this honey." It has vegetables. "We're fine." But guess how much sodium is in here? 1,630 milligrams of sodium! And this is just one meal. So if you pick up these TV dinners, please look at the labels.

So you might say, I'm going to have a day with no meat, or I'm going to have a low meat diet, which, in general, is a good idea. And you may decide you're just going to have a bowl of corn for your dinner. That sounds healthy, right? I mean, who doesn't love corn, especially when it's sweet and creamed? Well, guess what? If you take this bowl of corn, which is just one can of corn, let me tell you, you will look at the label and it will tell you for one serving, it's 340 milligrams of sodium.

Okay, but then you have to see what they mean when they say serving. And what they say is one serving is 1/2 of a cup. And it's like, okay, a 1/2 a cup. Well, in this particular can of sweet creamed corn, there were 3.5 servings in a can. And do you really think that one can of corn will serve 3.5 people?

At any rate, 3.5 servings. So now, let's take the 340 milligrams for a serving, and if you eat the whole can and put it in the bowl, which you likely will, then you multiply the 340 milligrams times 3.5, and in this one bowl of a vegetable, you now have 1,190 milligrams of sodium! That's a high sodium food you might want to avoid.

Let's talk about instant noodles. I'm talking about these pre-packaged noodles that you buy. You put water in them, and then you can season them. And they're really just, so delicious!  So if you look at the package, it will tell you that one serving has 760 milligrams of sodium. But, again, remember, what do they mean by serving? They mean a 1/2 a package. And you know good and well that you use a whole package when you make these noodles. So then a whole package of these types of noodles has 1,520 milligrams of sodium! So you're already over halfway there at hitting the daily recommendation of sodium. So make sure that you watch the labels. 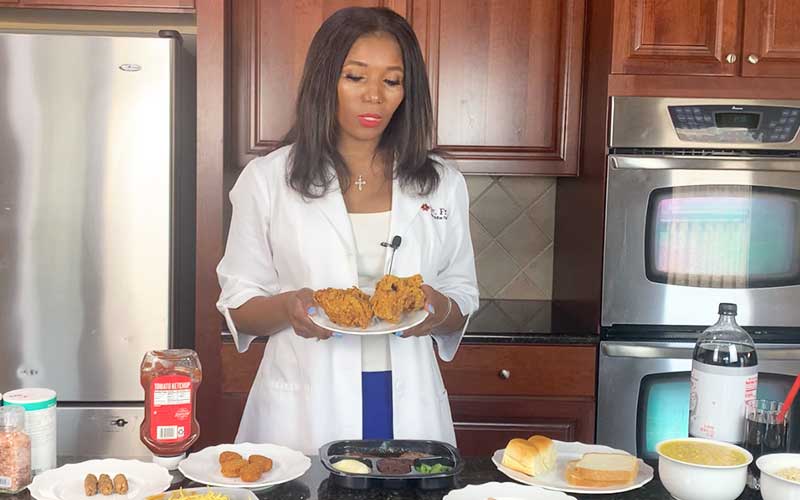 Just one fried chicken breast with the skin on has 1,360 milligrams of sodium, and you know good and well a lot of times you have more than one piece of chicken. And so if you have two pieces of chicken that are fried breast with skin on, then you're talking 2,720 milligrams of sodium! And you know you have gone far over the daily recommendation of sodium. So now we've gone through 10 foods you may want to avoid.

I threw this in here just for fun. Diet soda, a lot of people think that if they have a diet cola, they're really doing great things. Well, understand that if you have 24 ounces of even a diet cola, it is 80 milligrams of sodium. And a lot of folks will sit there and just drink diet sodas all day like water because it's zero calories. You think you're doing all good. Just beware of the salt.

So there you have it, 10 high sodium foods to avoid in order to control high blood pressure. Remember that high sodium diets can lead to hypertension, which is a leading cause of heart disease, strokes, and kidney failure. If you found this article to be helpful and informative, please be sure to share it with the people you care about. Also, if you have not done so already, make sure that you subscribe to my YouTube channel and that you tap that notification button, so you'll be among the first to know when I release new medical content. Also, make sure you follow me on Instagram @dr.frita. That way, you'll find out what I'm up to in my own everyday life as I try to live my healthiest, happiest life.

15 Foods to Avoid If You Have High Blood Pressure!

How To Lower Blood Pressure Naturally and Quickly