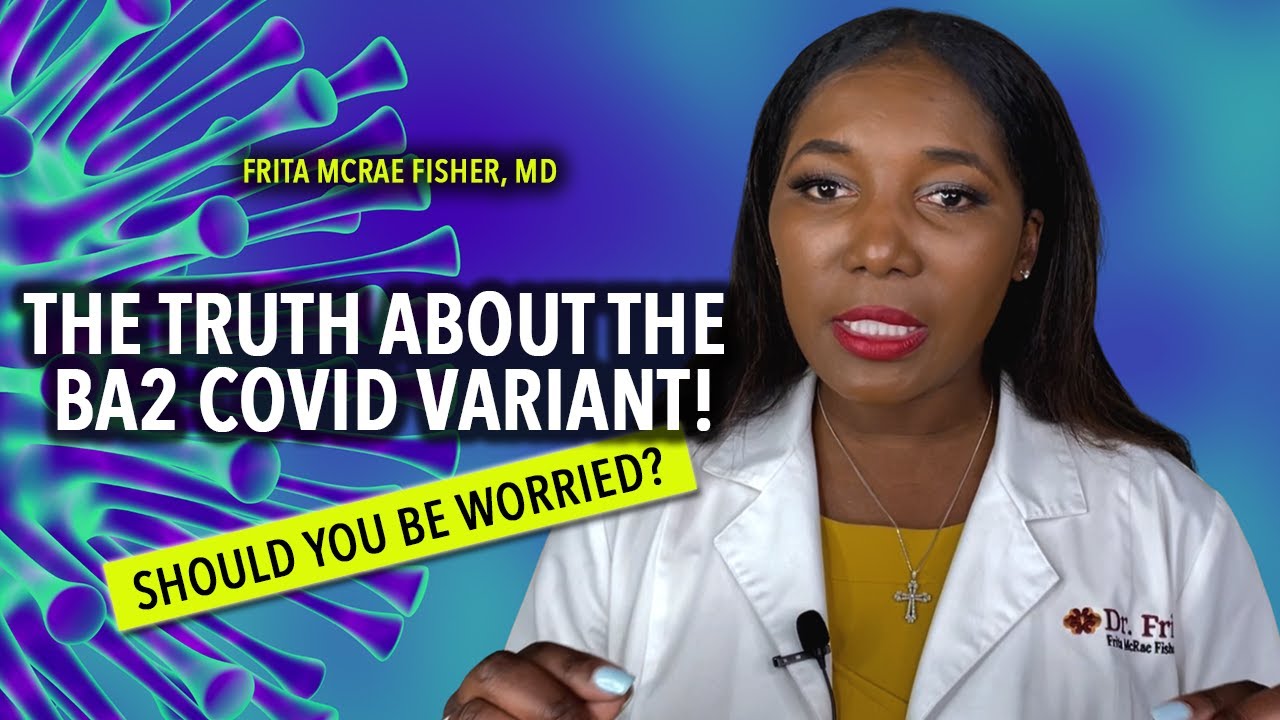 BA2 is a sub-variant of the original Omicron variant, and it is here, BA2 is loud, it's proud and it is even more contagious than the original Omicron strain. And guess what? BA2 has become the dominant variant in the United States. It is the most common variant in the US and globally for that matter. But what does it mean? Does it mean that we should panic? Does it mean that the BA2 will send us right back into the earlier days of the pandemic when everything was locked down and jacked up? What does the BA2 variant mean for you? Here's what you need to know about BA2 this stealth omicron variant.

What Is Stealth Omicron or BA2Variant?

BA2 is a sub-variant of this sub-lineage of the Omicron variant of COVID-19.  We've all watched the world be rocked by the pandemic of COVID-19 ever since it was declared in March of 2020. We've seen surges, we've seen valleys, we saw what the Delta variant did which was a very deadly, very virulent variant that caused a lot of hospitalizations and deaths. And then we saw Omicron which at that point was the most transmissible variant that we had seen of COVID-19.

It caused so many peaks and hospitalizations. And then as of January 2022, here in the United States, we hit a peak with the cases and the hospitalizations and the deaths. But toward the end of January, moving into February, we started to see cases decline very significantly from the original Omicron variant. 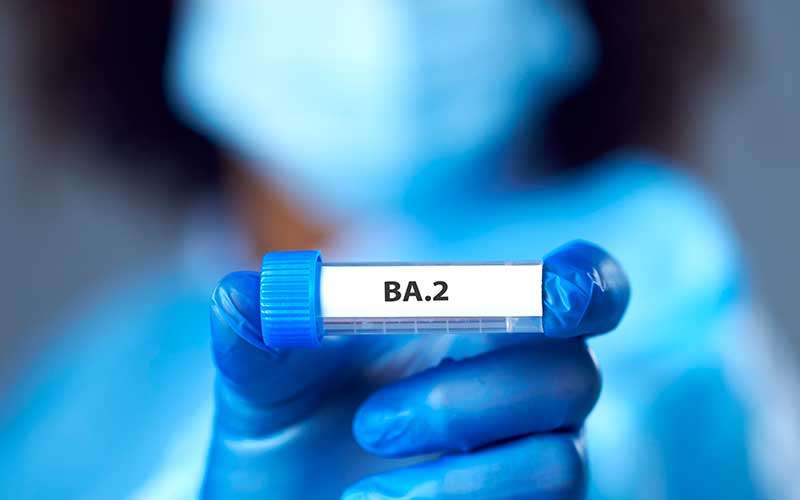 But then, we have BA2, BA2 is like Omicron's little sister, it is a variant of Omicron. Omicron, the original is BA1 and now we have BA2. And when you look at the numbers, the genomic sequencing at the beginning of February, we see that BA2 at that point did not make up very much of the COVID-19 cases, only around 1%.

So now the BA2 variant is here, and it's very transmissible, what does it mean? Well, one important question is BA2 more deadly, is it more virulent? It does not seem to be any more deadly than the original Omicron strain, meaning it doesn't seem to make more people need ventilators or hospitalizations at this point. So that's good news because you remember the Delta variant was very deadly.

So it looks like the Omicron variant BA2 is not more deadly or virulent than BA1. That's a great thing. But what does it mean as far as us moving from the pandemic phase of COVID-19 to that endemic phase where everything is static, predictable and we have low levels? Well, it could disrupt that because a key to a virus or an infection being endemic is that it needs to be predictable.

We need to be able to predict things like when it will surge, what time of year, and what community it will affect. We need to be able to have some predictability and some very low-level infections. And as long as we have these variants which keep popping up, then at this point, it's not necessarily predictable. Especially, when you take a look at some other countries and other parts of the world such as Hong Kong, where the BA2 has hit it in a very, very heavy way, and other places where hospitalizations and cases have started to go up.

So that predictability factor is not there, we're not static. And so it's very possible that the BA2 variant will possibly slow down as moving into the endemic phase remains to be seen. 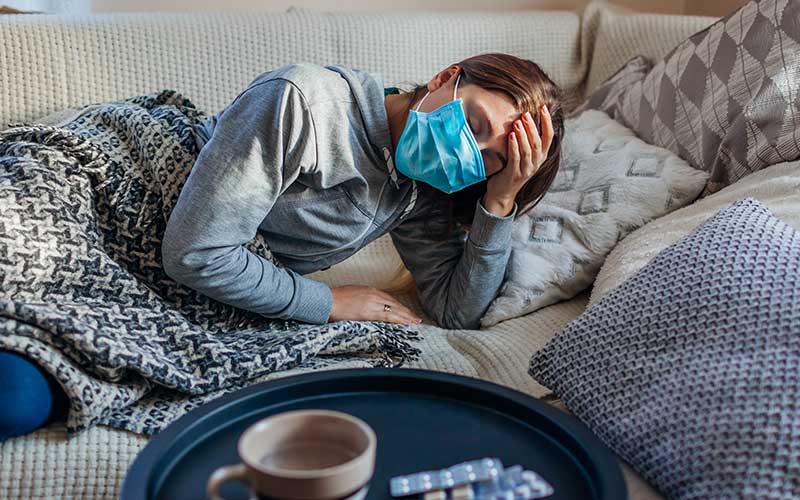 Should We Be Worried About The BA2 Stealth Omicron Variant?

Should you be worried, should you panic? Let's talk about that. So we know that in Europe, and let's look specifically at the UK, the BA2 variant became dominant. And two weeks after the UK lifted a lot of its mitigation strategies such as mask mandates, we saw the BA2 start to surge, and hospitalizations and cases went up in the UK.

Why is this significant for us? Well, because what happens in the UK, typically occurs about three weeks later in the United States when it comes to the COVID-19 virus, that's what our pattern has been thus far. But there are a few things that are potentially less worrisome. While the UK was lifting its mask mandates and kind of going back to life as normal we didn't do that here in the United States. We actually held on to many of our rules as far as mask mandates indoors for a longer period of time. And so, we may not necessarily follow that same pattern, but we should still watch and see if our cases are going to surge.

Now, when you look at some of the news from China, specifically from Hong Kong, I can understand how that can induce panic. Because in Hong Kong, it has been reported that there has been a huge surge since the BA2 variant and there has been a massive lockdown. In fact, reportedly over 90% of the deaths linked to COVID-19 have occurred within 30 days, within the month of March 2022.

More than 90% of the deaths have occurred since this BA2 variant has been on the rise. That can make you question, hmm, should we worry? But let's talk about some very basic differences between Hong Kong and the United States. One, their vaccines, they use different vaccines than we do. Most of the people vaccinated in Hong Kong are vaccinated with Sinopharm or Sinovac, some of the Chinese-derived vaccinations. And just based on studies, those vaccines do not have the same efficacy as the ones that we use in the United States. Their vaccines are not quite as effective, meaning they won't have the same community immunity that we have in the US.

That being said, when you have these variants that come, then you're more likely to have a surge in places where people don't have adequate immunity. That's just the science of it. Also, they are very effective as far as having their no COVID tolerance policy. And they are very strict, very severe on locking people down much more strict than we ever were in the United States. But here's the issue, you can only keep people locked down for so long, right? During the lockdown, yes, you're definitely going to slow down the transmission and potentially hospitalizations and deaths, but at some point, you have to let people out. 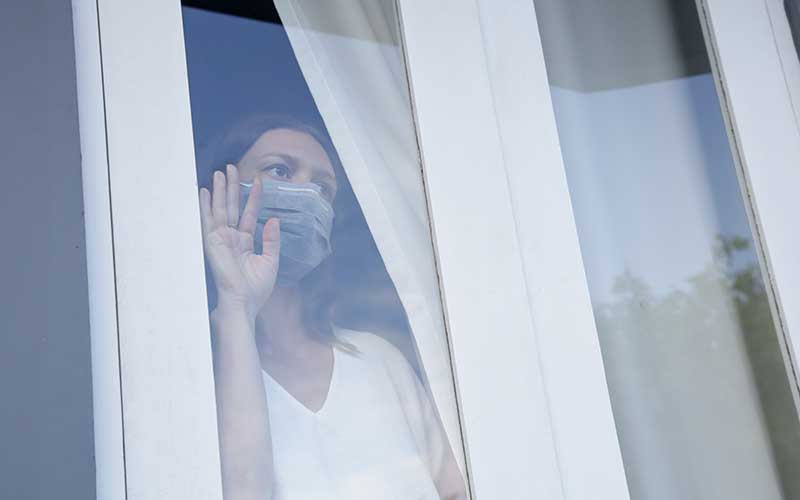 The lockdown has to end. And when that lockdown ends, even if it's after the current variant or the BA2 variant has gone away, surely another variant is likely to come. So what happens with the next COVID-19 variant you still have a community of people who don't have very effective vaccinations, they don't have that community immunity and the same thing could happen again.

They can have these huge surges and they can have these high deaths. So again, not to say that we should not be paying attention but there are some differences between Hong Kong and the United States. So still I say for us not to panic but to keep our eyes on what's going on globally and scientifically.

If you take it a step further, the Center for Disease and Prevention (CDC) actually did a survey of people who donated blood, and what was found was that of people ages 16 and over, 95% had some antibodies against COVID-19. So with this 95%, we're talking about some people who have been vaccinated. And we're also talking about some people who have received immunity or have had antibodies based on being infected with COVID-19. At any rate in that pool, you had 95% of people over the age of 16, with some form of antibodies against COVID-19.  This further supports the fact that in the United States, we have a pretty decent amount of immunity.

Does that mean we can't have COVID variants that will evade the immunity? No, that's not what that means. We still can have some variants that can invade the immunity, but does it offer some protection? Does it perhaps make it less likely for masses to get extremely ill, extremely to the point where they have to be ventilated and or hospitalized? It's possible.

We do have some significant community immunity in the United States. So again, I say for us not to panic, but keep watching, remember it's never a great idea to panic or to get extremely stressed out because it is difficult to focus and to take care of business. In fact, stress can actually negatively affect your physical health. Make sure you check out my YouTube video, on how stress can negatively affect your health after you finish reading this article. 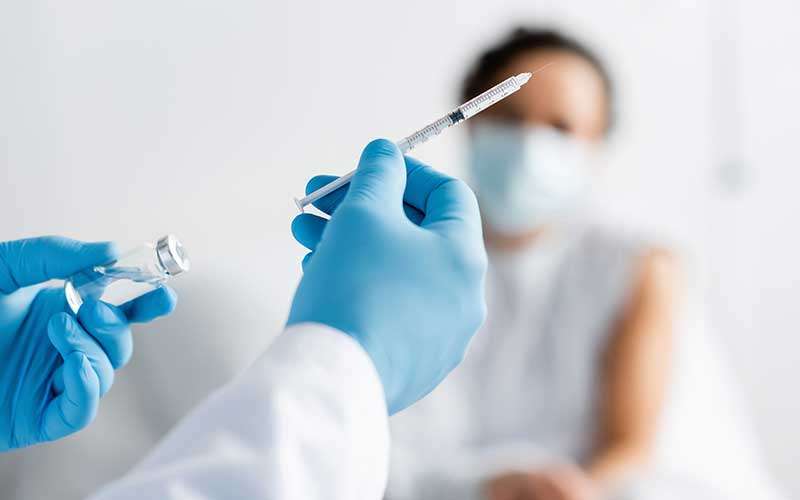 Will Current COVID-19 Vaccines Protect You Against the BA2 Variant?

So now what to do, what's the take-home message when it comes to BA2? The take-home message is that even though it is more transmissible than even the original variant, it does not appear to be more deadly or more virulent. But let's just say, BA2 or maybe even a future variant is pretty virulent. The good news is now we have the tools, certainly many more tools than we had when this pandemic began.

Is it possible to still test positive or get infected? Absolutely, but are you likely to die or be hospitalized if you're vaccinated and certainly boosted? You're much, much less likely when you have that protection.

We now know about the masks that protect us. We also have treatments, yes, like Paxlovid. We have treatments if you get the COVID-19 infection, and these treatments are very effective in preventing hospitalization or death. Especially if the infection is caught within the first three or five days, we now have tools.

And so when it comes to BA2, I definitely want you to stay aware, I want you to pay attention, I don't want you to go to sleep when it comes to COVID-19.  But I actually don't want you to panic. If you found this article to be helpful and informative, please be sure to share it with the people you care about. Also, if you have not done so already, please subscribe to my YouTube channel and make sure you hit the notification bell. That way, you'll be among the first to know, when I release new medical content.

Omicron COVID Variant: What Is It And Why Should You Be Concerned?

Delta Variant and COVID-19: What Is It? And Do Vaccines Protect You?

13 Panic Attack Symptoms: How To Recognize One
← 7 Huge Warning Signs and Symptoms of Type 2 Diabetes15 Foods to Avoid If You Have High Blood Pressure! →

How To Read Nutrition Facts Labels When You Have High Blood Pressure!
New Book Available Now! Under Pressure: A Guide To Controlling High Blood Pressure – Click Here To Get Your Copy!
Tune In To The Healthy Happy Life Podcast with Dr. Frita
Are You Ignoring These Top 10 Signs of Kidney Disease?
15 Foods to Avoid If You Have High Blood Pressure!
10 Healthy Habits For A Better You And A Better Life!
Be sure to join me live on The Clubhouse App every Friday at 12 PM EST! We’ll discuss a variety of health-related topics and there’s always a live Q & A. Click here to follow me on Clubhouse!

#fritaMcRaefisherMD If you don't know a problem ex

#fritaMcRaefisherMD #FentanylVaccine Did you know