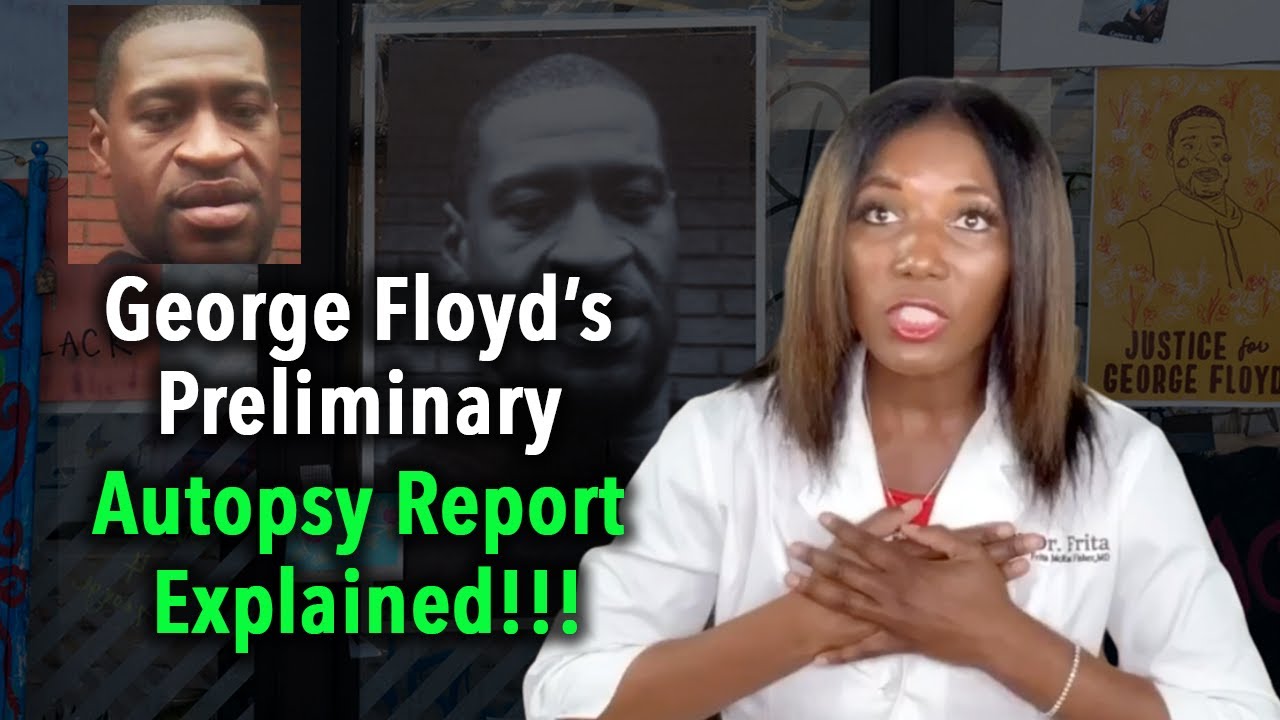 No Physical Signs of Strangulation

Well we saw in the videos that there was not actual strangulation or anything tied around Mr. Floyd's neck, so if there were no actual bruises around his neck or ligature marks around his neck, that would not be surprising, but it certainly would not mean that he did not have his airway blocked or compromised. Other signs of strangulation would be petechial hemorrhages in the conjunctiva, meaning small bruising, like small, pinpoint bruising or bleeding in the eyes.

No Physical Findings That Support A Diagnosis Of Traumatic Asphyxiation

So they say there are no findings of traumatic asphyxiation. Traumatic asphyxiation is quite specific. It's when there is a powerful pressure or a blow to the thorax, which is your chest cavity, usually by a motor vehicle accident, or for instance, if a large truck rams into a person, causing huge pressure in the chest.  It could also be the result of an industrial accident or a farming accident where you have heavy, heavy equipment powerfully colliding with the chest and causing so much pressure that you increase the intrathoracic pressure and you're no longer able to get the proper blood flow to return to the heart. 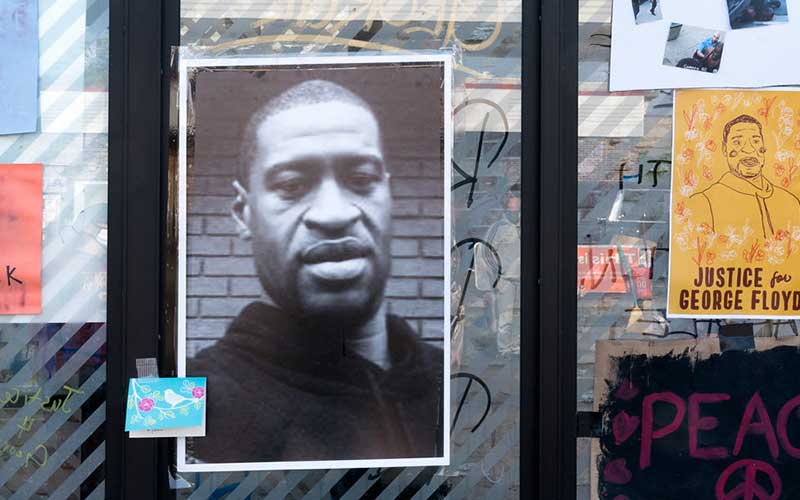 From the looks of the video, Mr. Floyd has positional asphyxiation. The preliminary autopsy report does not say that there are no findings consistent with a diagnosis of positional asphyxiation, so let's talk about that. When you are lying face down the way Mr. Floyd was, in a prone position, it is difficult for you to be able to expand your chest cavity so that the lungs can completely fill with air when you breathe.

Take that and add an officer's knee on your neck. Now not only are you prone, face down, where you cannot expand well, you also have the weight of a grown man pressing against your body, so again, you can have positional asphyxiation or inability to get proper air into your system due to your position. On top of that, we now see that at one point there were three officers kneeling on Mr. Floyd's back, on his legs, and on his neck.

Imagine already being a rather large man, as Mr. Floyd was, being prone, face down, now you have the weight of three men on your body. It's difficult for your airway to expand, positional asphyxiation. On top of that, one of the knees is on your neck, potentially compressing that windpipe, the trachea.

That could cause asphyxiation. So again, while the preliminary medical examiner's report states that there were no physical findings that support a diagnosis of traumatic asphyxiation, semantics, they say nothing about other types of asphyxiation and so we cannot rule out asphyxiation based on this preliminary report.

Okay, if this were the case, and you add a knee to the neck where you are decreasing the oxygen supply to the heart, well now you've made a bad situation worse and still, it would be the knee on the neck that precipitated the death.

Specific Cause Of Death Given

The last portion of this medical examiner's report is the most vague and nonspecific. There is no specific cause of death given. They state that it's a combination of the effect of the ex-officer's restraints, underlying health conditions, and potential intoxicants. Potential intoxicants, what does that mean? When you do a toxicology report meaning you're looking for drugs, you're looking for substance, you either find them or you don't. In this preliminary report for the medical examiner to say potential intoxicants really is somewhat of an inflammatory statement.

You are making assumptions, so it would seem, that this young Black man potentially, or even likely, is doing drugs. Now whether that ends up being the truth or not, for this language to be placed in a George Floyd's preliminary autopsy report before we know the facts could be prejudicial.

My final thought's on George Floyd's preliminary autopsy report explained. For the medical examiner to throw all three possibilities of Mr. Floyd's death into one pot as if they have equal weight gives me pause. What we do know is that the ex-officer had his knee on the neck of Mr. Floyd for eight minutes and 46 seconds. We know that Mr. Floyd went unresponsive and lost his pulse at least two minutes and 53 seconds before the ex-officer removed his knee from Mr. Floyd's neck. We know that there was no CPR performed by the four officers on the scene.

We know that Mr. Floyd was begging, pleading, saying "I can't breathe." It doesn't take a medical examination to change those facts. So I wait to see the final report from the medical examiner and I would love to see the independent autopsy. As far as the preliminary report given by the Hennepin County Medical Examiner, I find that it is vague, I find that it exercises a use of semantics, I find that it is inconclusive and I certainly hope that it lacks bias, but the language gives me pause.