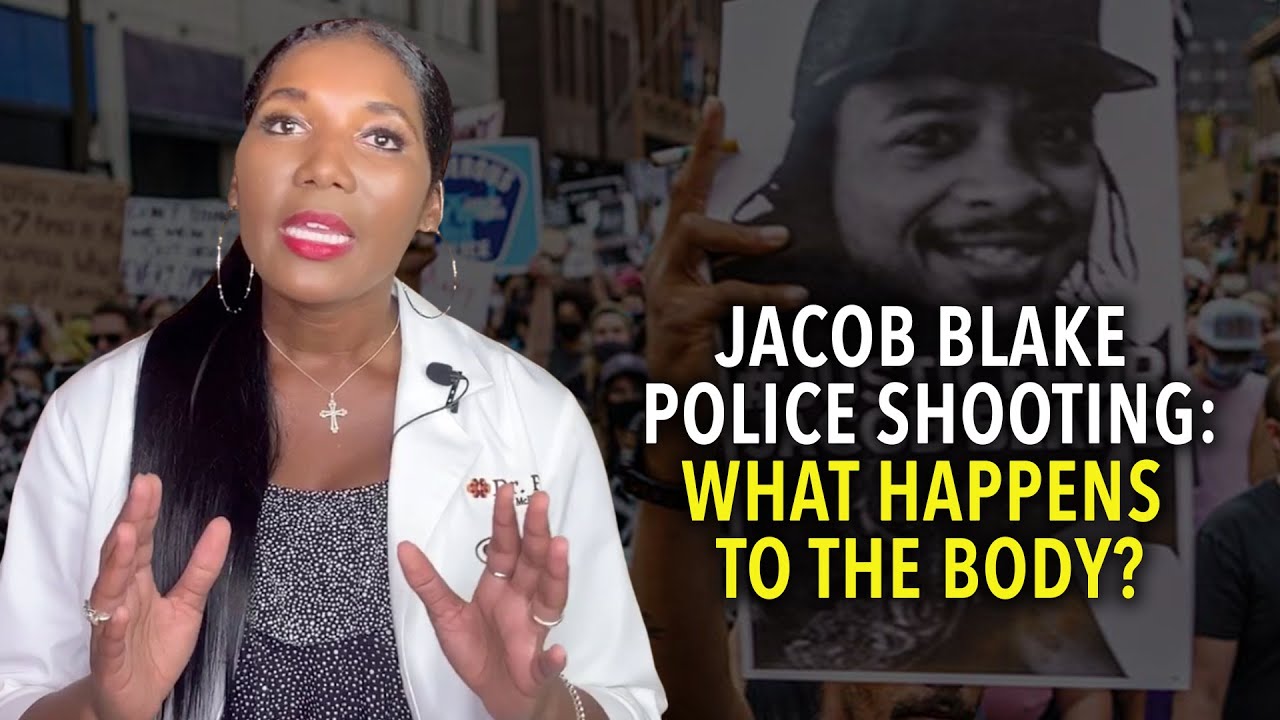 Today I'm going to talk to you about the medical consequences of getting shot in the back 7 times. 29-year-old, Jacob Blake, was shot in the back 7 times by the police and he lived to tell the story. He survived. Ever since that incident, I've been getting many questions. People want to know, number one, how in the world did he survive after sustaining 7 gunshot wounds to the back? And then they really want to know what does this mean for his life going forward?

I'm Dr. Frita. I am a medical doctor, and I have been triple-board certified in nephrology, internal medicine, and pediatrics. Now, of note, I am not Jacob Blake's physician, and I do not have privy to his medical information except for the information that has been shared publicly by his family and by his attorneys. So today, I will explain the medical consequences of getting shot 7 times in the back, and I will use the information that they have provided and break down my explanation into four categories.

1. The nervous system, specifically the spinal cord injury that leads to paralysis.

2. The digestive system. I'll discuss the holes in his stomach that has been described, as well as the intestine and the colon surgeries.

3. Solid-organ injury. I'll talk about the liver and kidney damage that have been described.

4.  Potential mental health consequences after living through such a traumatic event.

Medical Consequences Of Getting Shot In The Back 7 Times 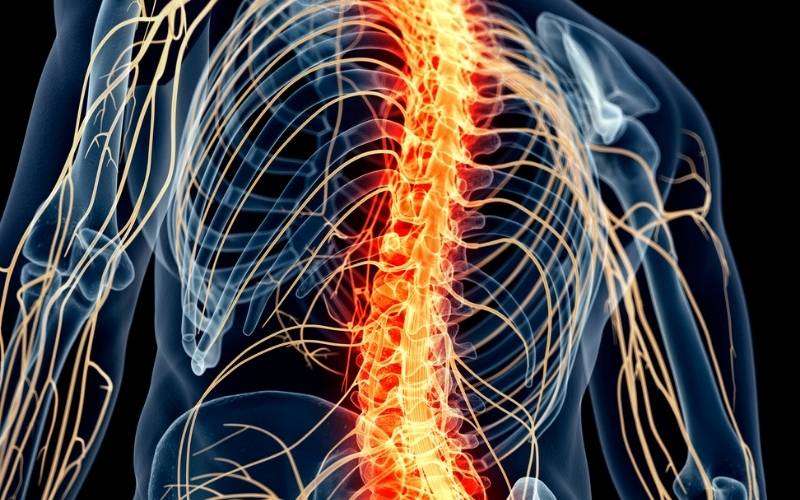 The central nervous system helps to control the activities of your body. Now for the spinal cord. Many nerves branch off, and these nerves control your motor function, the way your muscles move, they control your sensation, they help you to feel pain, and they help you to feel pleasure. If you have a spinal cord injury, especially if it is a complete or a total spinal cord injury, then you lose function at the level of the injury and everywhere below.

So as far as Jacob Blake is concerned, it has been described that he is paralyzed from his waist down. That likely means that his spinal cord was injured from the bullet from the gunshot wound at the level of his waist, or probably in his lower spinal cord or his lumbar spinal cord. So he would lose function below the waist, meaning he would lose the ability to move his hips, his legs, feet, and ankles. If you have paralysis below the waist, you can no longer feel pain, heat, or touch below the waist. You can also lose control of your bladder and your bowels.

The family shared that Mr. Blake had holes in his stomach and that parts of his intestines and his colon had to be removed. If you sustain gunshot wounds that go through your digestive system, such as the stomach and the intestines, then the contents of these organs will tend to spill into the abdomen. So in the case of the stomach, if you sustain gunshot wounds there, then the gastric juices, the acid, and food will spill into the abdomen.

And if you sustain gunshot wounds that go through the intestines or the colon, well, then you will get fecal matter that will spill into the abdomen. And of course, this would cause a great bacterial load. You'll get bacteria or infection, and you could develop an overwhelming infection or even septic shock. You can get sepsis that way.

Also as a consequence, you could have bleeding from the intestines and from the stomach. So you can have a hemorrhage or a blood loss. And of course, for long-term effects and short term for that matter, it could clearly affect the way you digest food. So in the case of Mr. Blake, they reported that he had holes in his stomach. In order to repair those holes, the surgeon may have had to actually remove part of his stomach, by doing a partial gastrectomy.  They also said that he had some of his intestines and colon removed, well, depending on how much of his digestive tract had to be removed, he could develop the term digestive problems.

If part of his stomach had to be removed, then he would not be able to eat as much at one time, which could potentially lead to malnutrition. And if he had a lot of his intestines moved, especially the small intestines, it gets something called short bowel syndrome which could lead to longterm malnutrition and maldigestion. So as a consequence of his being shot in the stomach and having to have intestines and some colon removed, he may have had... In fact, he likely would have had an excessive blood loss and probably some infection or some sepsis related to the gunshot wounds in the digestive system. 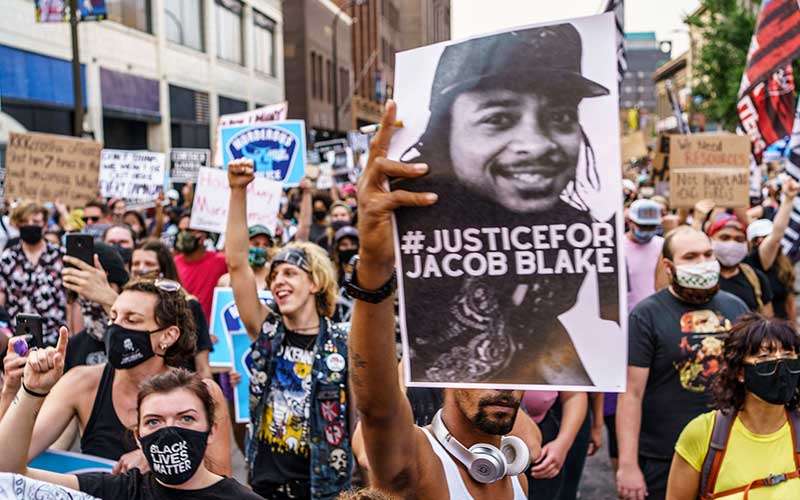 The other way he could have had liver and kidney damage is through an indirect injury or a functional injury. Say the liver and the kidneys did not actually get hit by bullets. If he had some form of shock, if his blood pressure got way too low, then he still could have had an injury to the liver and the kidney. So I already described that if he had an excessive blood loss from the gunshot wounds, that he could have had a hemorrhagic shock. That means he would have had a severely low blood pressure due to extreme blood loss. If this happens, then your organs such as your liver and your kidneys are not getting enough blood or oxygen flow, and this could cause damage, including hemorrhagic shock or even septic shock.

So again, his blood pressure could have dropped down and gotten way too low, and his organs would not have gotten enough blood flow or enough oxygen, and even without being directly injured by bullets, this could have caused some liver and some kidney damage. So there are a couple of different ways that a gunshot wound could have caused solid organ damage in Mr. Blake.

On my YouTube channel, I did a video where I talk about the different types of anxiety disorders, and I include post-traumatic stress disorder or PTSD. After sustaining such a trauma, it is very possible that Mr. Blake could suffer from PTSD. So certainly, it would be prudent to get some mental health intervention in order to help Mr. Blake to cope and to continue to live his best life.

Unfortunately, Jacob Blake is not the only one at risk of having some mental health consequences. His three children were in the backseat and they witnessed their father being shot. And it was one of his son's eighth birthday. So as we talk about all of the physical medical consequences, I definitely don't want to neglect the potential mental health consequences that must be addressed. Initially, we relied only on Mr. Blake's family and his attorneys to give us updates. Since then, Mr. Blake has been able to share what he's going through in his own words. He said that he is in pain 24 hours a day, he said that it hurts to eat, it hurts to sleep, it hurts to breathe, and it hurts to move.

Despite all of his pain, and despite all of his suffering, he still did manage to give some encouraging and positive words. He said, and I quote, "We can stick together, make some money...make things easier for our people because too much time has been wasted." Mr. Jacob Blake, he lived to tell the story.

So this is my overview of the medical consequences of getting shot in the back 7 times. I hope you found this to be helpful and informative. And I hope I answered some of the questions you may have had. Meanwhile, I want you to be sure to prioritize yourself and prioritize your health and do your best to live your healthiest, happiest life.

5 Most Common Sports Injuries & How To Treat Them

High Blood Pressure Symptoms 2018: What You Need To Know

Vitamin D Deficiency Symptoms and Treatment
← 13 Panic Attack Symptoms: How To Recognize One5 Stages of Chronic Kidney Disease or CKD →