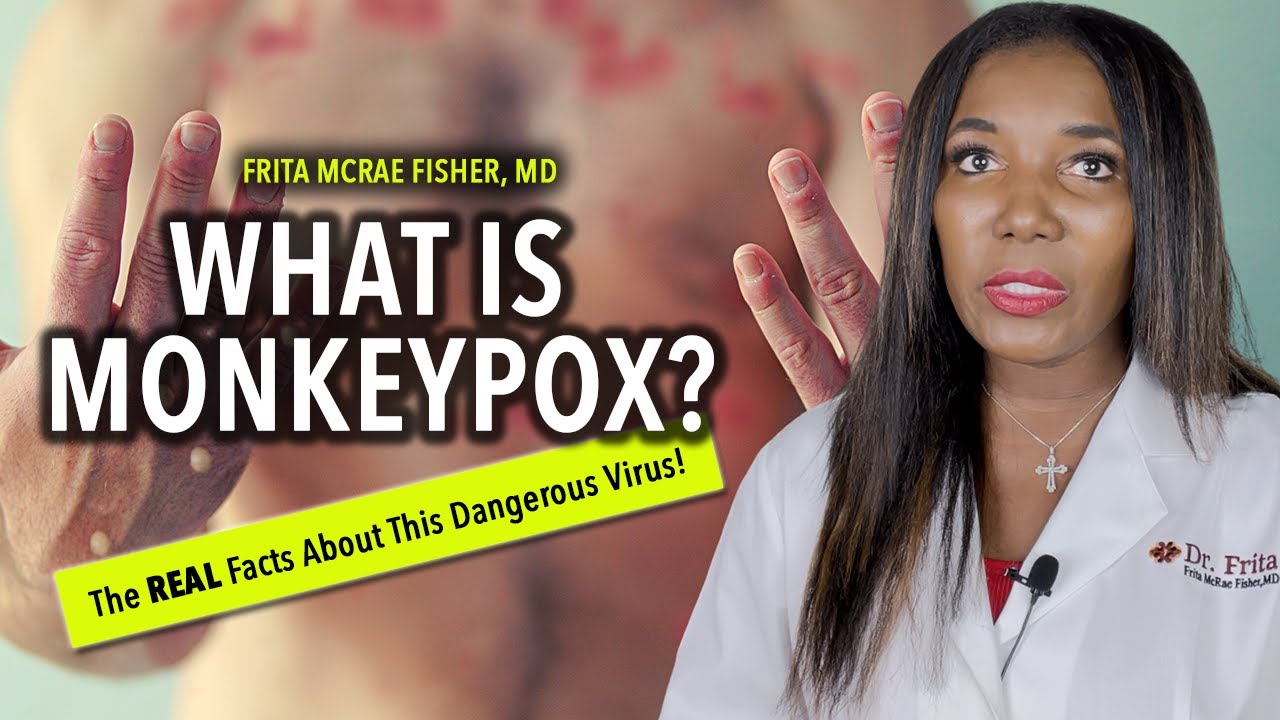 You may have heard of monkeypox recently in the news. But what IS monkeypox? Is it deadly? How do you get monkeypox? What are the symptoms? Is there a treatment, is there prevention? And most importantly, should you be worried?  If you'd like to know the real facts about monkeypox, keep reading.

Monkeypox is a virus that's somewhat related to the smallpox virus, and it's a DNA virus. You get monkeypox usually from animal to human transmission. It was first discovered in the 1950s by some monkeys who had it in a lab. But we actually believe that monkeypox has been spread for centuries or even for thousands of years.

The first case of monkeypox in a human was documented in 1970 in the Democratic Republic of Congo. Since then we have found that it's endemic in certain African countries in Central and Western Africa. 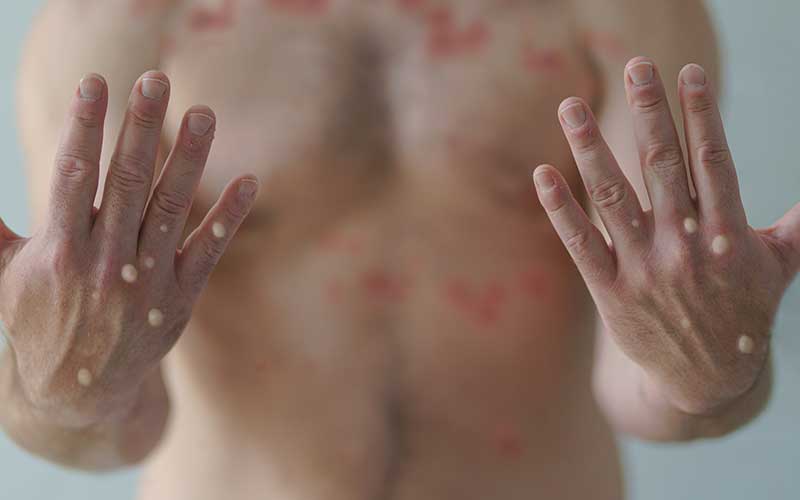 How Do You Get The Monkeypox Virus?

It is typically transmitted from animal to human and we believe that the reservoir is actually a rodent such as squirrels or large rats, but we also know that you can get it from primates, or different species of monkeys. Monkeypox is typically transmitted if a person is bitten or scratched by an infected animal. But you can also get it from contact, for example, people who prepare meat that has been infected with monkeypox, or if you come in contact with the fluids of an animal or person who has monkeypox. Another form of transmission is if you come into contact with the skin of a person who has monkeypox and they get a rash which we'll talk about. So if a person has monkeypox even sleeping in a bed and you touch those contaminated sheets, you can certainly get it.

You can also get it if you are in contact with the person's lesions or with the rash, or if you just have other close bodily contacts where you are sharing fluid with another person. The big difference between the monkeypox and other very contagious viruses like COVID-19 is that the R-naught, the ability of monkeypox to infect another person is not quite as severe, and it's not quite as transmissible, at least from what we know. 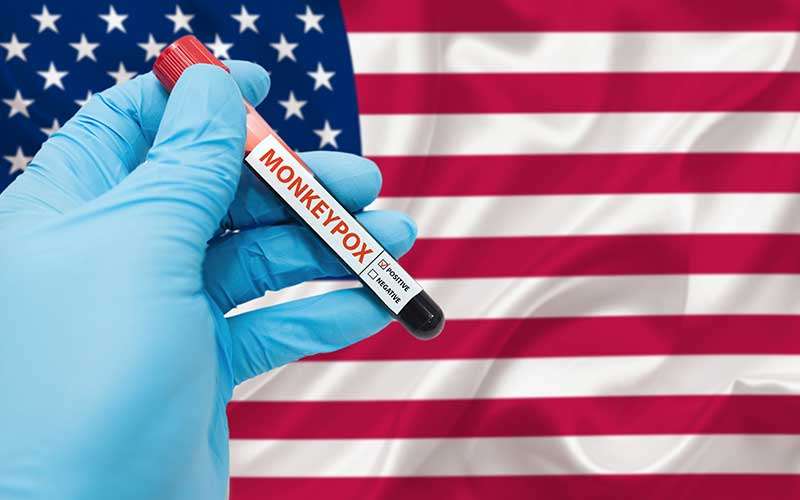 Documented Cases Of Monkeypox In The United States

Even though monkeypox is endemic in Central and Western Africa, it certainly has been spotted in other countries. We had our first United States known documented case back in 2003, where there were 47 confirmed cases. This is how we got it. Some in the United States came in contact with prairie dogs that had been housed with some infected rodents. Those prairie dogs, either by biting, scratching, or coming into contact with the humans transmitted it. Fortunately, none of those people died even though monkeypox can be deadly.

There were a couple of other documented cases of monkeypox in the United States. One in July of 2021, another one in November of 2021. In both of those cases, the person infected had recently traveled to Africa. In May of 2022 however, there was another documented case of monkeypox in the United States. That person had no travel from Africa. In fact, that person traveled from Canada. And during that time in May of 2022, there were several other cases of monkeypox throughout the globe, not just in Africa, but also in European countries, including Portugal, and the UK. And many of those people had not traveled to endemic areas leading us to believe, that there was more human-to-human transmission.

There are a couple of different strains of monkeypox. The one that is in Central Africa is the one that's considered to be more deadly, whereas the one that originated in Western Africa is less deadly. If we look back, between 1970 and 1980, the mortality rate or the death rate was considered to be 17%. But again, that was with the more deadly version. When you look at the 2003 outbreak that we had in the United States, we actually had no deaths. By some documentation, the death rate from monkeypox can be less than 1%, especially when you are dealing with developed countries where the people tend to be healthier, have better nutrition, the ability to get to the hospital, and get good supportive treatment. Nevertheless, it is true that monkeypox can be deadly.

Monkeypox symptoms are similar to those that you get with other viruses including fever, headache, fatigue, myalgia, or muscle pains. You can also get back pain and you can get characteristic lymphadenopathy meaning swollen lymph nodes like in your neck or under your chin.

Red Dot On Your Skin

Usually, within one to three days of getting a fever, patients get a rash and the rash goes through several different stages. It starts off as a macular popular rash, meaning it can look like a little red dot on your skin or several red dots, and then it can be lifted like a bump.

Next, it can go into being a fluid-filled lesion or a vesicle, or a blister. And then it goes on to be a pus-filled lesion, usually around 0.5 to one centimeter. The rash can appear on the trunk of your body, it can be on the palms and the soles, in your mucus membranes, on your face, and it can be quite disfiguring.  In monkeypox, the rash is generally at the same stage in one person at any given time. This differs from chickenpox where you can get rashes of different stages on the same person. The rashes can last from two to four weeks. And a person with monkeypox is infectious until the very last rash has scabbed and crusted over.  The incubation period from monkeypox last anywhere from five to 21 days. But generally, from six to 13 days is the most common. 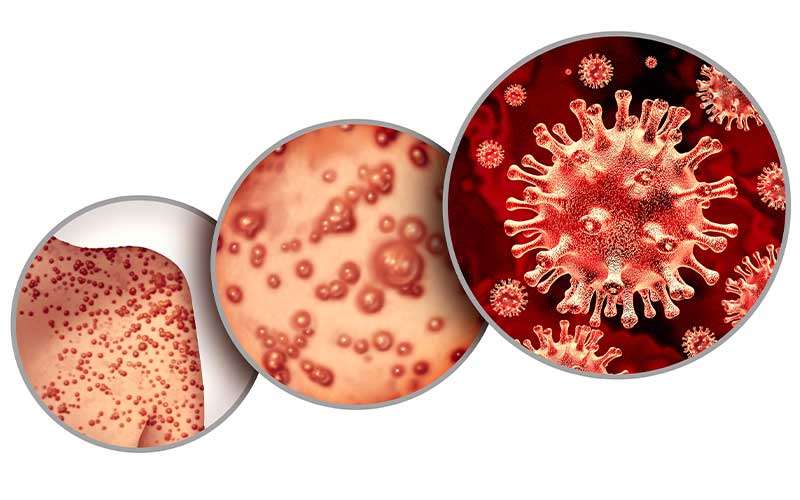 The beautiful thing is that there is a treatment for the monkeypox virus. In 2019, the FDA approved a treatment for monkeypox called tecovirimat (TPOXX®). And if a person has severe monkeypox, you can do tecovirimat in combination with a medication called Brincidofovir. But the Brincidofovir does have some side effects and could actually be nephrotoxic or poisonous to the kidneys, so of course, it depends on what the clinical state is. It is believed that people who were vaccinated for smallpox also have protection against monkeypox. And according to data, that effectiveness is about 85%.

Should We Be Worried About The Monkeypox Virus?

Should we be concerned, or should we be panicked? Is this the next worldwide pandemic? Well, the answer to the question is that we should be concerned, and as always, we need to keep up with the data. Look at the CDC data and look at the World Health Organization data. But we definitely should not panic and here's why.

Number one, monkeypox is a DNA virus, meaning that unlike COVID-19 it does not mutate as rapidly. We've watched the pandemic with COVID-19 and each time we get a vaccine that's effective for one strain, we look up and there's another strain that may be more deadly or maybe more transmissible. 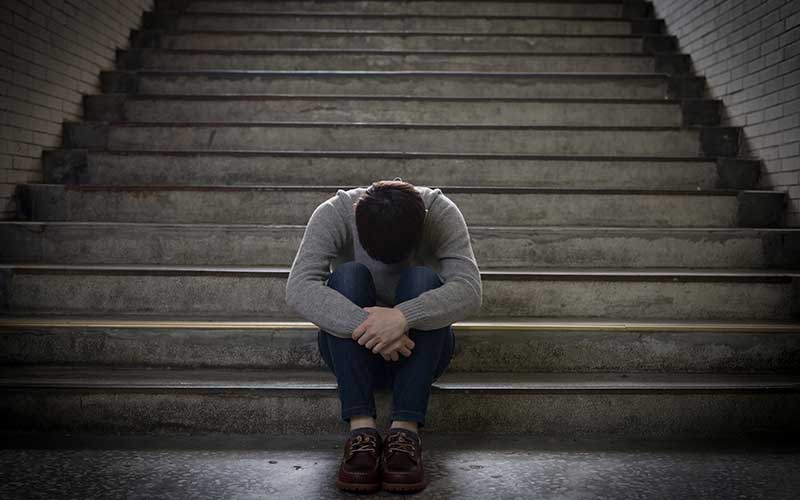 But the DNA viruses don't move like that, they don't mutate as quickly and so they can be more predictable. And when we look at how transmissible monkeypox is, one person affected with monkeypox typically can only infect zero to one person, at least historically.  So it's more difficult for monkeypox to spread from human to human. It's more efficient in spreading from animal to human. And it is still endemic in Western African countries and Central African countries. Also, unlike the COVID-19 pandemic, with monkeypox, we already have a way to test for it. We already have a way to treat it, and we already have vaccines to prevent it. We are ahead of the game, so no, you should not panic. You should just stay abreast of the data and listen to evidence-based data.

We do have ways to test for monkeypox, we can get viral cultures. Pathologists can look at it under an electron microscope. We can do PCR-ELISA's, and we have treatments. Most people do pretty well with it, but if you're a person who gets nausea, vomiting and you're unable to eat, then you may have to be hospitalized to get IV hydration or even some of the treatments we've discussed.

If you have any of the symptoms of monkeypox or if you feel like you've been exposed, put on a mask and contact your physician as soon as possible.

What Is Coronavirus? Symptoms, Transmission and Treatment

Omicron COVID Variant: What Is It And Why Should You Be Concerned?

Influenza Symptoms, Risks, Causes and Treatment
← 15 Foods to Avoid If You Have High Blood Pressure!Are These 21 Foods High In Potassium Really Good For Lowering Blood Pressure? →

How To Read Nutrition Facts Labels When You Have High Blood Pressure!
New Book Available Now! Under Pressure: A Guide To Controlling High Blood Pressure – Click Here To Get Your Copy!
Tune In To The Healthy Happy Life Podcast with Dr. Frita
Are You Ignoring These Top 10 Signs of Kidney Disease?
15 Foods to Avoid If You Have High Blood Pressure!
10 Healthy Habits For A Better You And A Better Life!
Be sure to join me live on The Clubhouse App every Friday at 12 PM EST! We’ll discuss a variety of health-related topics and there’s always a live Q & A. Click here to follow me on Clubhouse!

#fritaMcRaefisherMD If you don't know a problem ex

#fritaMcRaefisherMD #FentanylVaccine Did you know